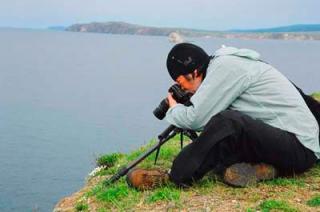 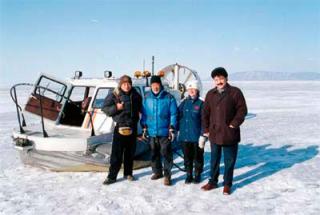 In winter 2004 international travel bureau "Sputnik" in cooperation with "Green Peace" Organization has arranged a photo expedition at Lake Baikal for Mr. Takeshi Mizukoshi, a member of Japan Professional Photographers Society, the Photographic society of Japan, the Japanese Alpine Club. Mr. Takeshi Mizukoshi and his companion have traveled on ice of the lake to Olkhon Island by "Khivus" air-cushion craft and then crossed the lake to Selenga River Mouth by motor hang-glider. 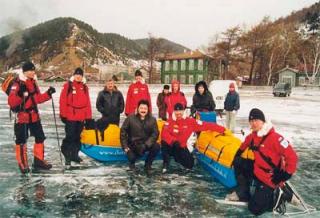 5 brave Dutch Speedskaters – Arie Loef, Erwin Hairwassers, John Danklof, Pascal van Asperdt, Timon Rutten have crossed Lake Baikal by skates – from the south to the north almost 600 km in 19 days. This expedition has got a goal to draw the attention of all people to this marvelous natural wonder – the Pearl of Siberia – Lake Baikal. 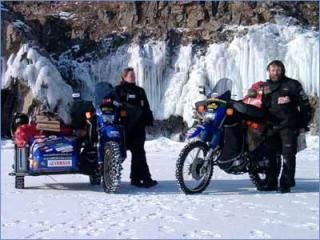 Dafne and Robert de Jong, a couple from Rotterdam (the Netherlands) have already twice traveled around the world by bikes and visited 63 countries. This time they crossed Baikal along the ice. While traveling, they want share their traveling with the whole world – they made a project "The World on a Child's Drawing". They visit schools, talk to children and collect the drawings of 12 year olds kids in order to exchange then for other drawings, made by children in far away countries. Children in over 50 countries participated in our project. They have also taken the drawings from Siberia. 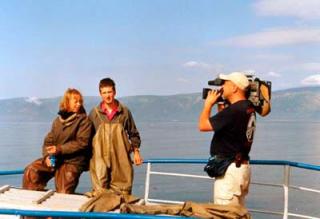 Irkutsk international travel bureau "Sputnik" is a producer of TV-project "Peking Express" in Baikal Region for two years. Peking Express is an adventure real TV-program of Belgian TV-company "Kanakna Productions" showing a journey through the most picturesque places of European Russia, Ural, Siberia, Mongolia and China that is 7500 km of beautiful landscapes, unique culture and local hospitality. The program was successfully broadcasted in Belgium, the Netherlands and Germany.

Irkutsk international travel bureau "Sputnik" supported the journey of Yorin TV broadcasting team to Irkutsk and Lake Baikal. The film was successfully broadcasted in the Netherlands.

EXPEDITION ARKTIKA: FROM THE ATLANTIC TO THE PACIFIC 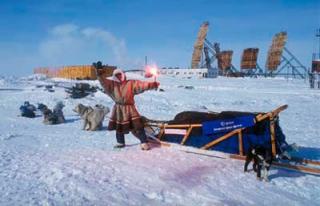 For the first time in the history of polar exploration, in 4 years Gilles Elkaim – a famous French traveller using traditional modes of transport (on foot, by kayak, on skis, by reindeer and dog driven sleds) has crossed the whole of the Continental Arctic via the Eurasian coastline from the North Cape to the Bering Strait that is more than 10000 km. In cooperation with Irkutsk international travel bureau "Sputnik" Gilles Elkaim plans to organize a nursery farm for Taimyr husky and other rare northern breeds.